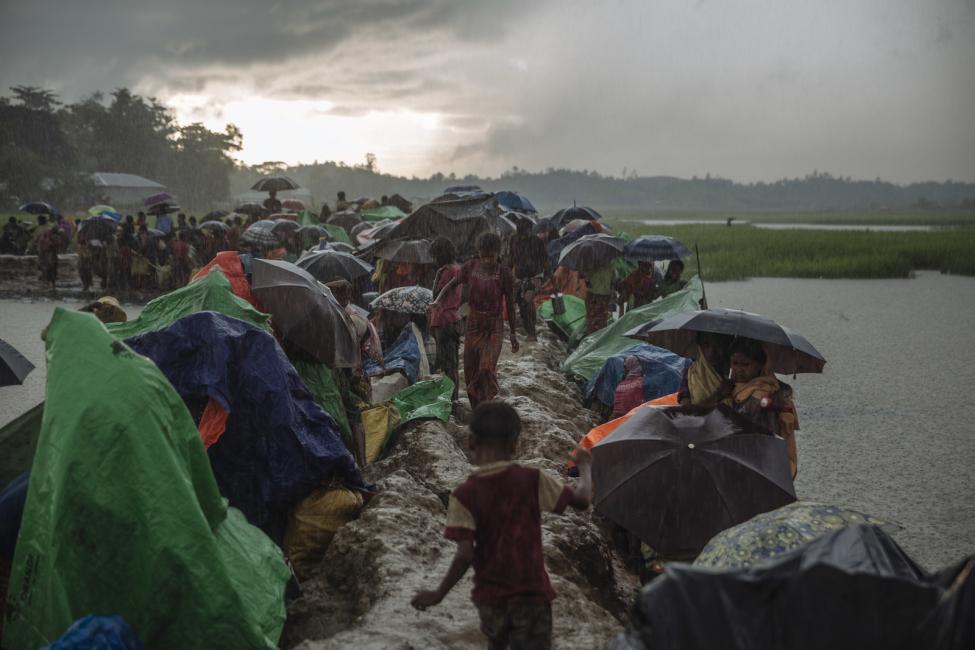 Geneva/Bangkok – As Cyclone Amphan signalled a ferocious start to the cyclone season in the Bay of Bengal and Andaman Sea, 10 days ago, the International Organization for Migration (IOM) is increasingly concerned about the plight of hundreds of Rohingya refugees believed to be stranded at sea.

In mid-April, shocking reports emerged that more than 30 Rohingya refugees died after spending two months aboard a smuggler’s vessel attempting to enter Malaysia.

Dozens of the more than 380 survivors, many severely dehydrated and malnourished, received urgent medical attention from IOM and its partners after they disembarked near Cox’s Bazar, Bangladesh.

IOM believes that as many as 500 others remain at sea unable to disembark at their intended destination.

Historically, the arrival of the monsoon season, signalled by Amphan, the most powerful cyclone ever recorded in the Bay of Bengal, has marked the end of the irregular ‘sailing season’ until October, and the dangers facing any vessel at sea increase by the day.

“A coordinated response to this situation, inclusive of search and rescue operations and safe disembarkation, is urgently needed to ensure that those who are still stranded at sea can be brought to safety on land,” said IOM’s Director General António Vitorino.

“With the entire world grappling with the COVID-19 pandemic, we must work collectively to avoid a repeat of the 2015 crisis when thousands of men, women and children faced tremendous challenges in accessing life-saving care and support.”

DG Vitorino reiterated the call made by IOM and partners for states to “uphold the commitments of the 2016 Bali Declaration as well as ASEAN pledges to protect the most vulnerable.”

For years, Rohingya have travelled by sea to Malaysia where they hope to find work and reunite with family members, but the number of movements has slowed in the last few years. Conflict, which erupted in Myanmar in mid-2017, forced roughly 850,000 Rohingya to flee across the border with Bangladesh where they now live in a series of sprawling refugee camps in Cox’s Bazar.

For more than five years, IOM has been assisting with the management of the world's largest displacement camp which recently reported its first confirmed cases of COVID-19.

Saving lives must be the first priority for the international community and this responsibility lies with the States in the region.

IOM remains ready to support States and ensure health screening and quarantine arrangements can be implemented that allow people to disembark in a safe, orderly and dignified manner.