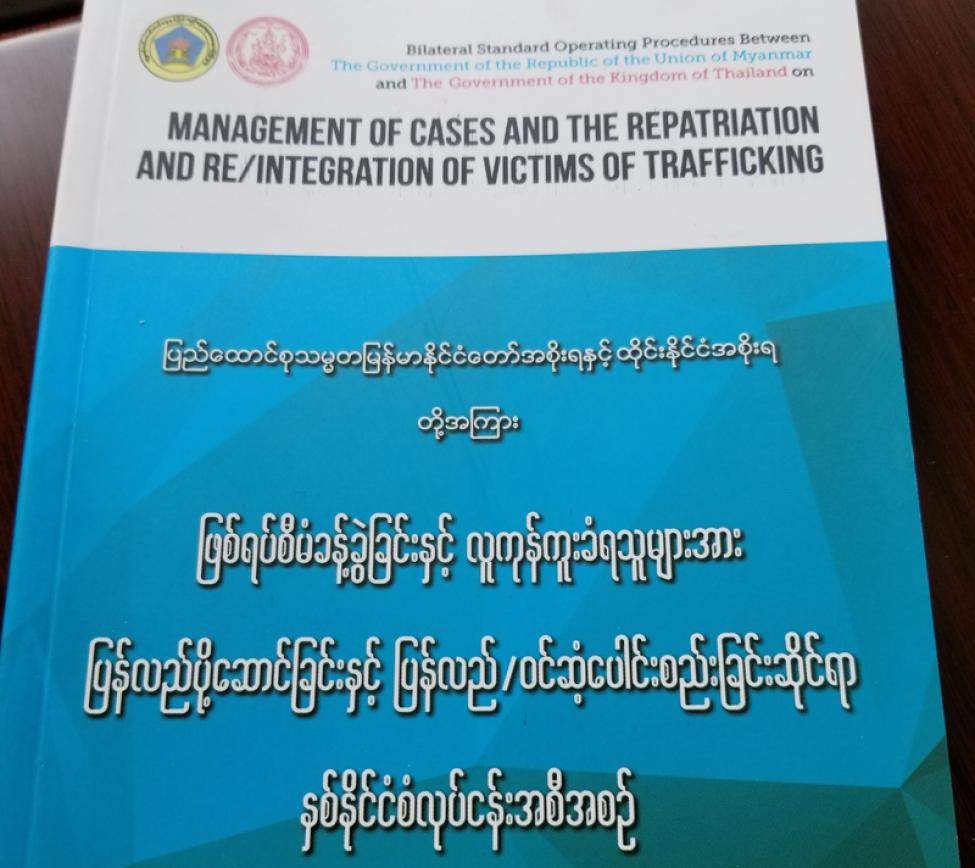 The manual was produced with the support of IOM, the UN Migration Agency, which has been supporting the efforts of both countries to provide protection for trafficking victims since the signing of a government-to-government Memorandum of Understanding in 2003.

Since then the two countries have held regular meetings to coordinate the timely, safe and dignified return of over 500 victims from Thailand to Myanmar. IOM has provided financial and technical support for case management meetings, case worker visits and the drafting of SOPs.

The manual, which will be distributed by the government, describes step-by-step procedures for the two countries to take in combatting human trafficking and providing assistance to victims. It will be used to train frontline officials from government agencies, local police, border guard police, and members of Myanmar’s human trafficking task force.

Most of the victims assisted under the agreement between the governments were trafficked to Thailand for forced labour or sexual exploitation. In 2017, they included 66 men and 13 women and in 2016, 67 men and 14 women.

“Myanmar continues to make progress in the protection of victims of trafficking. This manual will help all the stakeholders, including IOM, to provide to all the women, girls, men and boys victims of trafficking, with safe and sustainable options,” said Akio Nakayama, IOM Chief of Mission in Myanmar.